All about Animal Glue part I - Basic Knowledge: Learn about The Traditional Japanes Art Material Made from Cow Skin!

Amongst all the art materials that gathered by PIGMENT, we are very proud of the variation and abundance of our collection of Animal Glue (Nikawa), though it’s rarely mentioned even in our own introductions of art materials. To make it more widely known, this time we are going to do a basic introduction for Animal Glue and its must-knows in this article.

Animal Glue (Nikawa) is adhesive material made from broth - a liquid preparation in which animal skin, bones and/or tendons have been simmered. Nikawa made from animal skins is the most popular among its kinds. And the Japanese term “Nikawa” itself actually came with the meaning “simmered from skin”.

In Japan, cow skin is the most common source of Nikawa, though others like deer, rabbit, fish are also widely used. 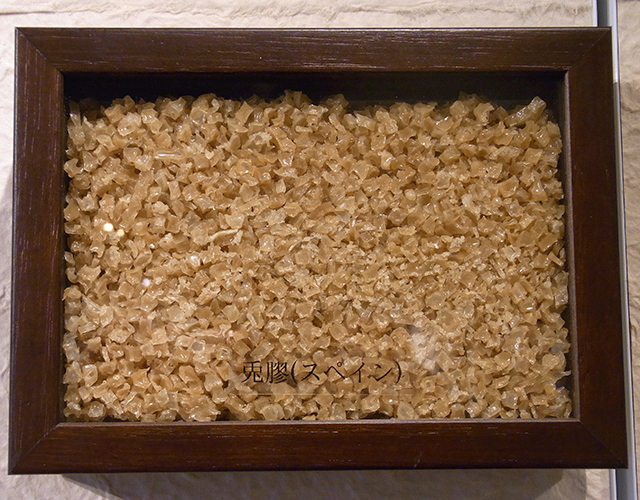 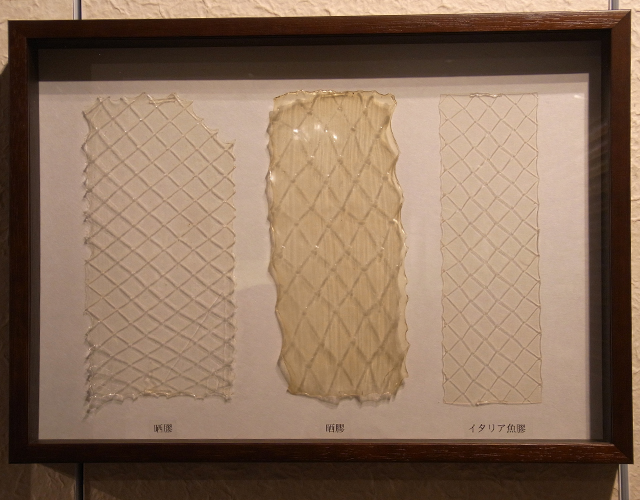 The main composition of Animal Glue (Nikawa) is collagen, which is one sort of proteins. It turns to liquid while heated and solidifies again after cooled down. To make it simple, it could also be viewed as one kind of meat jelly or gelatin.

After the impure ingredients are taken away from the Nikawa, it becomes edible gelatin that everyone is familiar with. Though Nikawa seems rather strange to us, it actually has been part of our lives. 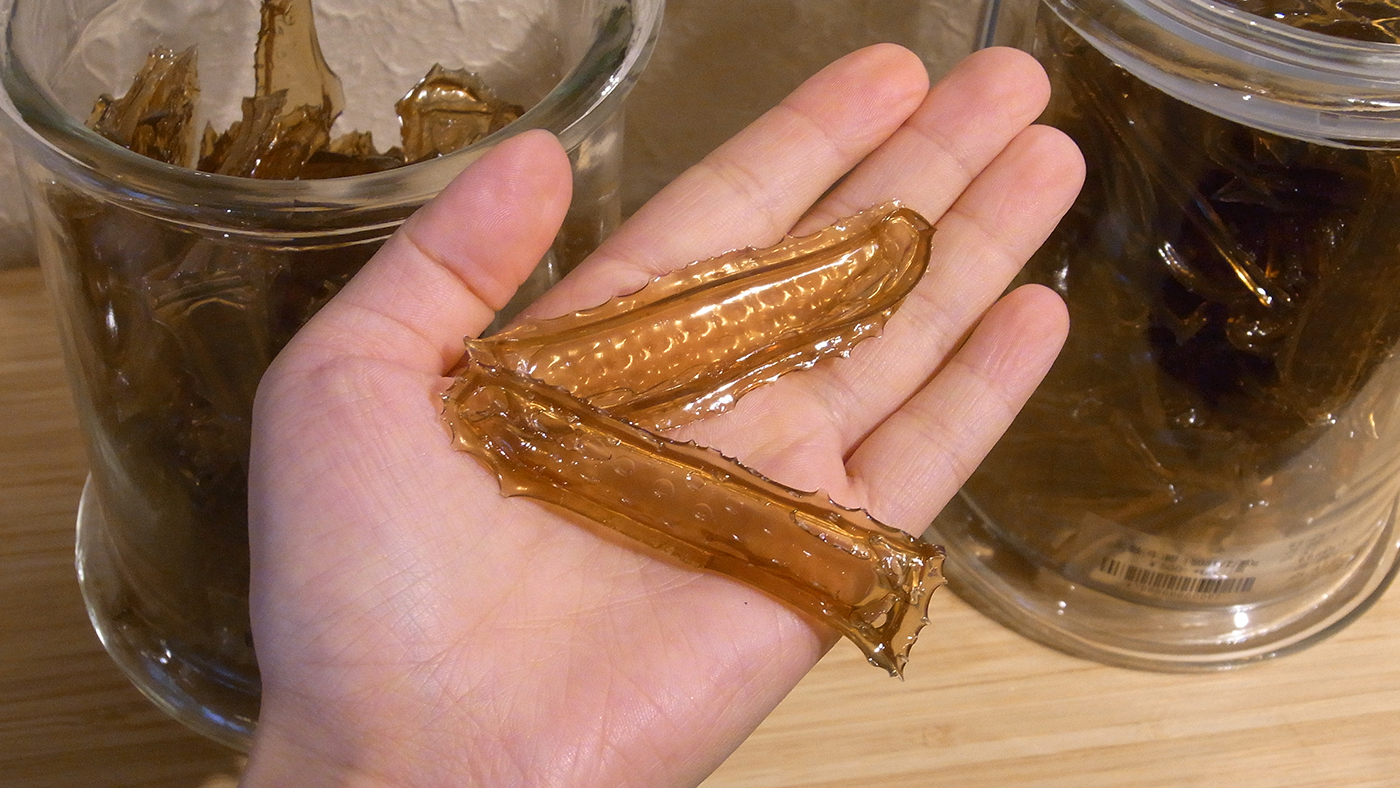 Generally speaking, Animal Glue (Nikawa) is sold in dried status for it is the easiest way to preserve it. To be used in painting, it should be added with water and soaked until it gets soft.
It’s advised to heat up and melt it over another vessel of water as showed in the picture.

After the melted Nikawa is mixed with pigments, it’s ready to be applied as basic art material in Japanese Style Painting. 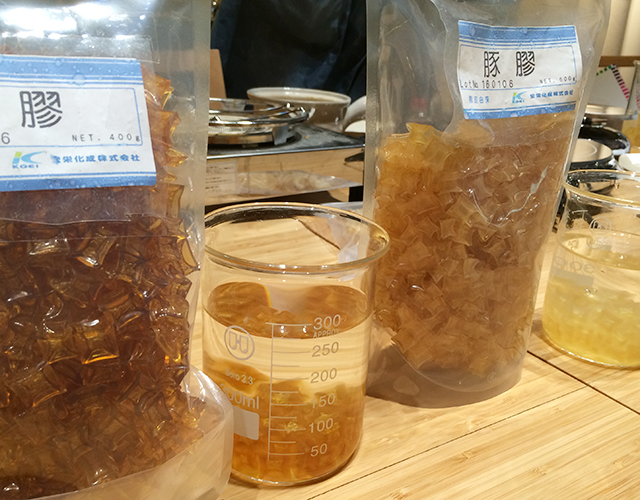 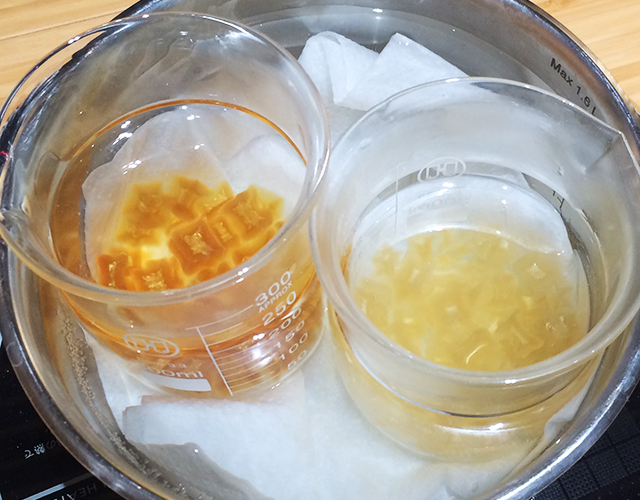 The sorts of animals considered suitable for Nikawa extraction are different from country to country. It is most common to use rabbit in Europe, yet for Japan it is cow that is the most popular. There are also several places using other animal sources like whales and/or dogs. The selection preference is heavily influenced by local culture, especially the dietary culture.

Animal Glue extraction is rarely the primary purpose for hunting. It’s more likely for people to use the leftovers that remain in the process of preparing food and/or daily necessities.

Besides that, the final used-ups after extraction for Nikawa could still be further used as fertilizer in agriculture. Also, burnt bones are yet another kind of black pigments, which is called Bone-Black. It is our ancestors’ wisdom, to make use of every bit of animal. They made zero waste and produced no trash, until around the Edo era.


People may think that Animal Glue extracted from skins in worsen condition would have lower quality as a result, but it’s not definitely so. Though fresh skins are comprehensively with good quality in general, used ones still have their strengths. For different effects and based on different artistry preference, fresh Animal Glues are not necessarily with the most ideal stickiness and intensity.

Even with the same Nikawa, its artistic performance can be different from time to time. It could be difficult for pigment mixtures to solidify in hot summer days, and therefore impossible to paint with; on the other hand, it gets solidified too fast in cold winner and hence hard to control.

Therefore, when painting in places without air-conditioning as in the old times, painters have to coordinate with the environment and the state of the Nikawa at hand, and adjust accordingly to create the most suitable material by themselves. 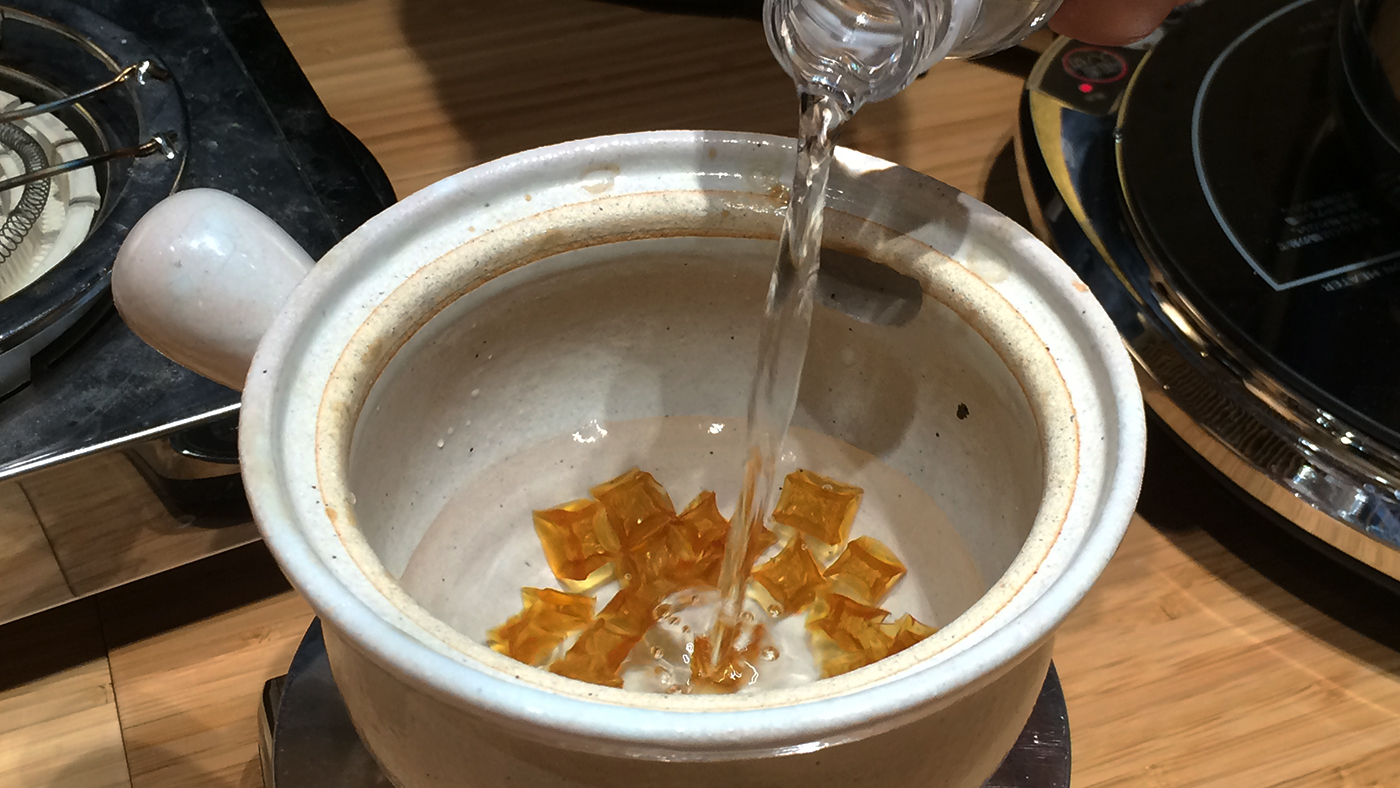 ▲In this picture, artist boils and melts Animal Glue directly in water, instead of heating up over another vessel.

>> If you want to know more about PIGMENT, please check last blog as below!
"POWWOW with the experts at Art Supply laboratory「PIGMENT」"
"【The Chosen one！】Star products of PIGMENT〜Colors〜"
"【The Chosen one！】Star products of PIGMENT〜Tools〜"
"Experience the new material with professional,HOW TO APPLY METAL LEAF@PIGMENT"
"T-Art Academy will be rebooted on coming April! Experience the carefully selected new material and technique from the professional."